Psychiatry residency has strange echoes of gymnastics for me. The dream of becoming a top-level clinician scientist, the time it demands, and the years of dreaming are not unlike dreaming of becoming an Olympian. What is the purpose of dreaming big if you aren’t willing to sacrifice?  Both the Olympics and Medicine have over-arching, seemingly noble goals that require incredible commitment, sacrifice, and “buy-in.”  Both have oversight committees tasked with making sure trainees strive to achieve these goals but in a safe setting. But neither setting is safe.

I was three years old when I first took gymnastics, eight when I started competing, and nine when I first convinced my father not to take me to the doctor. I had fractured my toe in practice and knew that the doctor would tell me to “rest and heal” and miss my opportunity to compete at Nationals.

Every year, gymnasts are weighed, fat calipered, assessed for how far past 180 degrees they can do splits, and for push-ups, leg-lifts, and pull-ups.  The top 400 are invited to the national competition and exposed to Olympic coaches. The top 75 are invited to training camp at the Karolyi ranch in Texas. Rumors say this is “Olympic scouting.”

I was in the top 400 and no injury was going to get in my way.My dream of going to the Olympics was clear and there was a path emerging.  A broken toe could be taped. What gymnast does not have an injury?  What is the purpose of dreaming big if you aren’t willing to sacrifice?

I placed 81st, narrowly missing the cut-off and risk of a vaginal exam by Dr. Nassar, which seems likely had I gone to that deserted Texas ranch with a broken toe.

The systemic levels of abuse in gymnastics are being investigated after 150 girls came forward. It is not that people didn’t know, it is that there was a threshold, and that threshold was 150 molested girls.

What is the difference between competing on a broken toe and taking care of a patient when you are entirely depleted? Should you keep going even when it interferes with your sleep, energy, sense of self-worth and humanity? What responsibility does the institution bear? How did this become normalized?

I was on call the first night the hospital closed its private psych ER and provided instead a tiny room with no panic button and loose furniture for emergency psychiatric interviews off the medical ER’s waiting room. The psychiatry residents who staff the psych ER only learned it was closing 10 days prior. The padded walls, trained nurses, and locked doors that protect our most vulnerable psychiatric patients were taken away. Instead, we got a part-time college student and shared use of the waiting room security guard stationed 20 feet away.

Appalled residents yelled and cried about the lack of respect and safety we could provide for our patients in this setting and for the insufficient workplace safety at the hospital. Nothing happened. Soon, a resident got chased by an aggressive patient deemed “in behavioral control” by ER triage with no security around to assist. Patients who were supposed to be held for their safety escaped.

ER residents went to their leadership saying they felt unsafe caring for psychotic and aggressive patients in rooms full of potential weapons like oxygen tanks, needles, and cords.  Nothing happened. Helplessness, hopelessness, and fears about safety have become pervasive among residents in the year and a half since the change.

As our anger, resentment, and disappointment toward an institution that systematically ignores our concerns grows, I wonder: are we waiting for that 150th girl?  Will it take a patient killing herself or a patient hitting his head on a chair during a takedown or a resident getting assaulted overnight?

I can’t help but remark on our hypocrisy in medicine.  We say, “First do no harm. Prevention first. Safety first.” But our actions suggest it’s money first and prevention and safety second.

Erica Baller is a third year resident in psychiatry at the University of Pennsylvania. 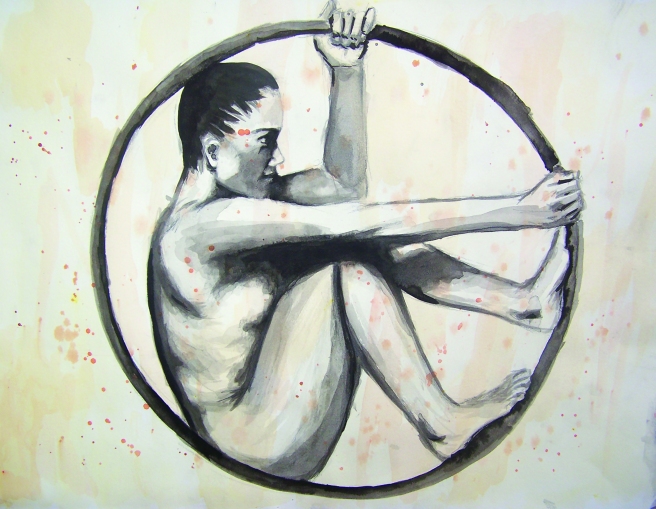